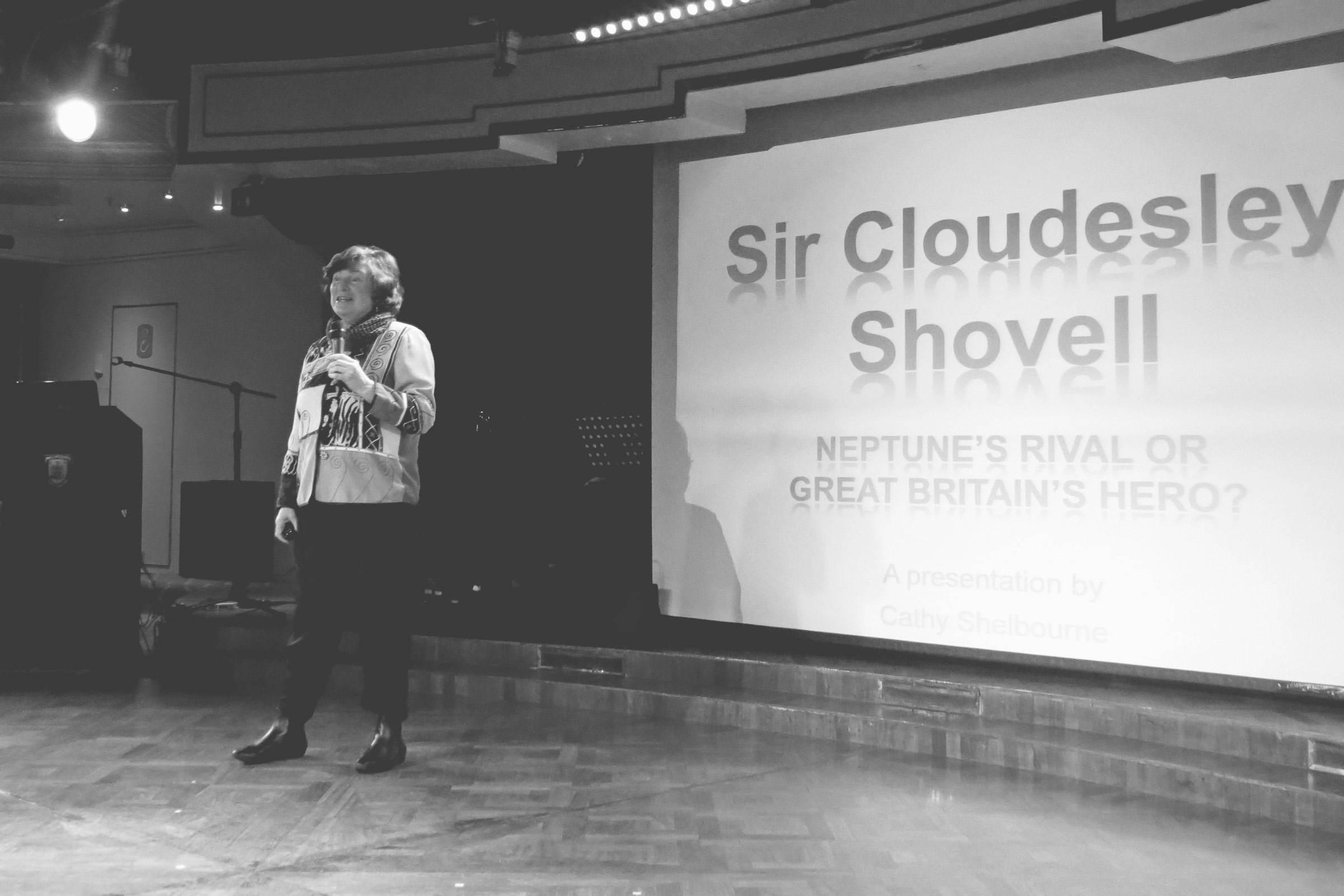 A presentation on board a cruise ship on Sir Cloudesley Shovell

1. In the wake of The Mayflower


Over 25 million of us apparently are descended from those who set sail from Plymouth in 1620 on board the Mayflower, bound for a new life in the New World. In this 400th anniversary year, we look at the voyage itself, the expedition’s legacy, and how to join in the celebrations!

1a. In the wake of The Mayflower – from an East Anglian perspective
Where was The Mayflower built? Where did the passengers come from? Are you one of their descendants? Prepare to have your preconceptions challenged!

2. A Pillar of Society? Admiral Lord Nelson and the loves of his life
From Norfolk in England to Nevis in the Caribbean, from Antigua to Trafalgar, Admiral Lord Nelson loved – and was loved. Or not? He famously turned a blind eye to his commander’s instructions – but did the Establishment do the same to his numerous dalliances? We take a quick romp through Nelson’s loves and losses.

2a. Lord Nelson and his Suffolk connections
Admiral Lord Nelson was High Steward of Ipswich. But did he ever live there? Several of the women in his life had close links with Suffolk. But which ones? Discover the answers, and other surprising connections, in this talk about England’s greatest naval hero and the county bordering his birthplace.

SEA HEAR! Cathy Shelbourne talks on board Cunard’s Queen Mary II
3. A Toast to William Hoste – for his part in saving the jewels of the Adriatic
What does an upmarket inn in Burnham Market, a cricket club off the coast of Croatia, and the Venetian city of Cattaro have in common? The answer is Sir William Hoste, a Norfolk boy who became a protégé of Admiral Nelson and went on to courageously command ships in the Napoleonic Wars.

4. Admiral Broke and the 15 minute battle that changed the course of history
His name lives on in a housing estate and a primary school, and even on the swimming pool of his old school, yet few people have heard of Captain Philip Broke, whose heroic actions changed the course of the last war between the USA and Great Britain.

5. B is for Bligh
… and the Captain’s ship Bounty, his wife Betsy, and the famous breadfruit for which Captain Bligh voyaged to Tahiti. Add in another B, for Brando, Marlon, who starred as Fletcher Christian in one of the most famous films of the mutiny, and you have a cocktail which continues to stir up strife in the South Seas even today. Prepare to re-consider the much-maligned Captain!

6. Pirates of the Caribbean!
Nearly 2,500 men – and a few women – were engaged in piracy in the Caribbean between the 1500s and the 1830s. As these brazen buccaneers rampaged around the islands what were their home countries doing about them? What brought about their demise? And why are we still entranced by their dastardly deeds? (Think Johnny Depp…)

7. Thomas Cavendish: navigator who wasn’t averse to a bit of piracy too
He sailed round the world not once, but twice, and was rewarded by Queen Elizabeth 1. But was he a revered privateer – or a fearless pirate? This presentation follows Thomas Cavendish on his extraordinary voyages of discovery nearly five hundred years ago, and looks at how his fabulous stories influenced so many others.

8. William Dampier: circumnavigator extraordinaire
Described by Coleridge as ‘a man of exquisite mind,’ William Dampier’s enquiring nature took him round the world three times, resulting in the highly influential travel book A New Voyage Around The World, and scientific treatises and descriptions of natural history. His books inspired Charles Darwin, Jonathan Swift, Daniel Defoe and Captain Cook – and they were required reading for Nelson’s officers. But he too was a highly successful pirate, as the Spanish knew to their cost.

9. Sir Cloudesley Shovell’s shipwreck and his impact on longitude
His achievements were as impressive as his name. Sir Cloudesley was the greatest admiral in Stuart times. But his ignominious end, shipwrecked on the shores of the Scilly Isles, led to the establishment of the Longitude Act and the ability of sailors – and cruise ship captains – to pinpoint exactly where we are at all times!

10. Cutty Sark: heroine of the seas
One of the fastest tea clippers in the world, the Cutty Sark was built on the Clyde in 1869, and sailed to and from every major port, carrying tea and wool. Her longest serving Master was Captain Woodget, an accomplished photographer and keen cyclist (even on board). Despite her strange name and extraordinary career, this indomitable heroine lives on – as a much-loved museum ship at Greenwich.

“Cathy is a professional and experienced speaker, and it showed … She knows her subject inside out, fielded our searching questions with aplomb, and gave us a dose of culture and history that well complemented our more usual fare of modern-day maritime exploits and yarns. … A very well-received, enjoyable and illuminating talk!”
- Chipping Norton Yacht Club, June 2018

“We were very impressed by your knowledge of Sir Cloudsley Shovell and your excellent slides added to our enjoyment and understanding. We had one of the largest audiences we have had for a Zoom talk.”

Cathy can be booked for cruises through the Peel Agency, and SpeakerNet. For bookings from groups such as WIs, sailing clubs, and social organisations please contact Sea Shell Communications on 07764 212451 or cathy@seashellcommunications.co.uk

Assignments in 2019 included guest speaker on Cunard’s Queen Mary II, and Marella’s Celebration. This year Cathy should have been a guest speaker on board Saga’s Spirit of Discovery, sailing on the Voyage to New England, and leaving Plymouth on exactly the same day as The Mayflower, 400 years later.

However, although many talks have been cancelled due to the coronavirus lockdowns, Cathy is now giving talks via Zoom, most recently to the Aldeburgh and District Local History Society on The Mayflower; and to Hawkhurst U3A on Sir Cloudesley Shovell. 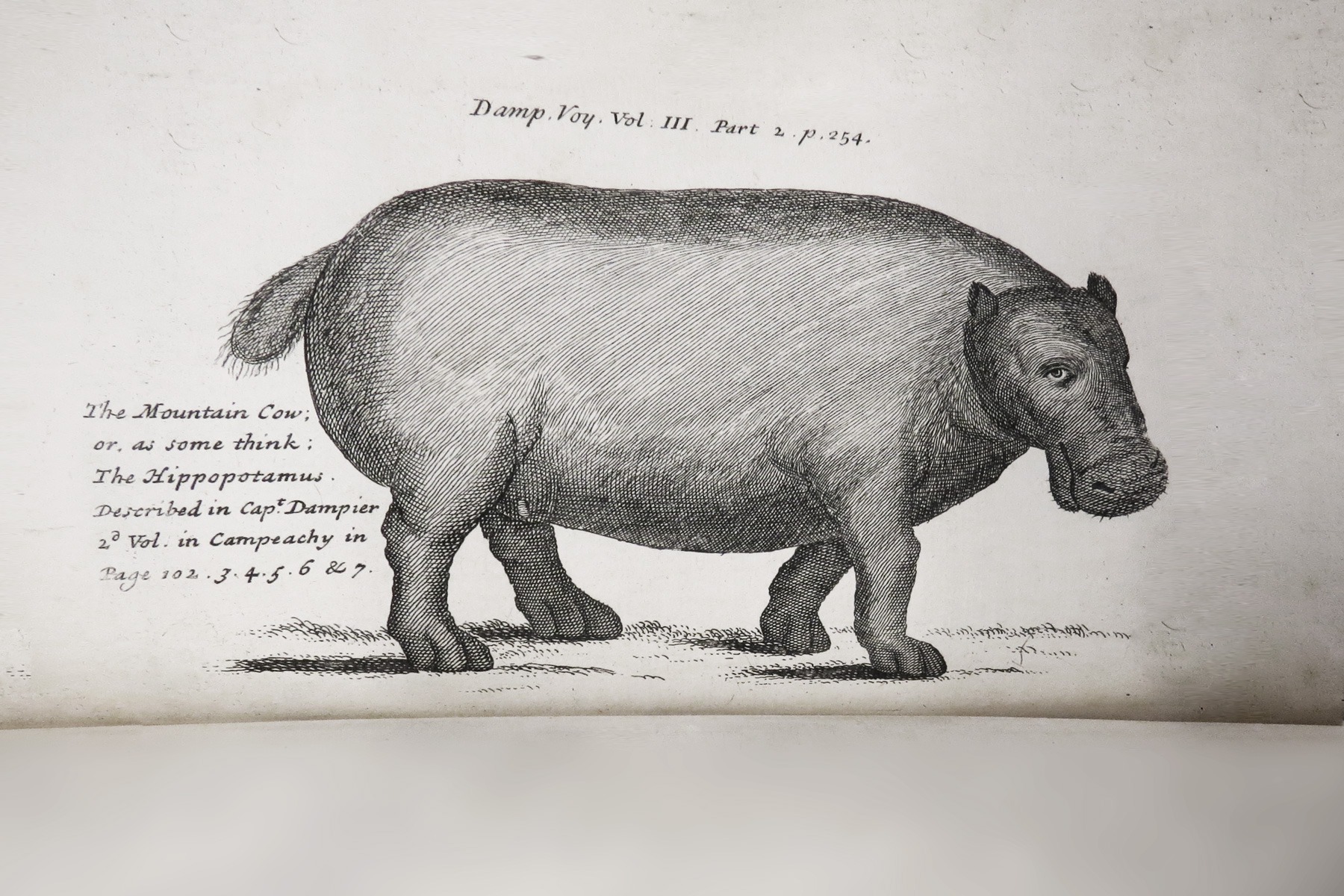